Everyone deserves a home.

Unfortunately, not everyone in BC can afford one.

Nowhere is this more evident than in my home community of Maple Ridge, where the present tent city has been in place since early 2017.

Sadly, most communities in BC are now familiar with the realities of tent cities. They create great difficulties for the communities they are in, and at the same time, they increase awareness of the problem of growing homelessness and the lack of affordable housing in our province. A problem that was largely ignored for years by the previous government, and is now at crisis levels.

When dozens of homeless individuals set up camp in your neighbourhood, you have to take notice. And it’s a clear sign that it’s long past time when government should have acted.

Which is why our government has taken bold action to build thousands of units of supportive housing across BC, to get people off the streets, into safe homes, and onto the road to recovery.

Not only because it’s the right, or compassionate thing to do (it is).

But because it works.

This is evidenced in many communities across North America who have had similar struggles with homelessness, such as in Medicine Hat (where they have effectively eliminated homelessness), but also here at home in BC.

In Surrey, the “Whalley Strip” was notorious for years, with hundreds of homeless people left to camp along the sides of 135A Street. Many in the region probably felt that it was a problem that would never be solved. But just this past June, our government and the City of Surrey acted together to build 160 units of supportive, modular housing. The housing was built quickly, and over a period of three days, 160 homeless individuals moved from the Whalley Strip and into their own homes.

In just three days the tent city was gone.

Another example comes from the first supportive, modular housing units in BC built in Vancouver’s Marpole neighbourhood. There’s a man living there who has been attending job training and dreams of giving back to the community that gave him a second chance. He now has his Workplace Hazardous Materials Information Systems (WHMIS) certificate and has also been certified as a Building Service Worker. His goal is to be employed at a supportive housing centre, like the one that turned his life around, and he’s completing the education he needs to do that.

He’s getting his life back on track thanks to supportive housing.

And his story is not an unusual one. There are hundreds of formerly homeless individuals, now living in stable housing and getting the support they need to become healthy, productive members of society.

In fact, the success rate of supportive housing is higher than 80% in getting people off the streets, permanently. Far higher than traditional “treatment first” approaches.

“Yes,” you say. “But what if supportive housing tenants cause problems for their new neighbours?”

This is a concern I’ve heard a lot, from my own neighbours and constituents in Maple Ridge, and right across BC during my recent travels with the Select Standing Committee on Finance and Government Services. I can understand where this concern comes from, but the evidence shows it is one based more on fear than facts.

A case in point is Abbotsford’s Hearthstone Place, where after a year in operation, not only did the neighbourhood not experience an increase in problems, but crime actually decreased.

Similar success was seen in Victoria’s Camas Gardens and Nanaimo’s Uplands Walk, where community concerns all but vanished after these supportive housing complexes opened, the former becoming a case study for BC Housing.

And then there’s the Marpole example again. In the first 3 months following the opening of that building, crime was down 24%.*

In community after community, we are finding that many of the problems we associate with homelessness and tent cities largely disappear when those individuals move into supportive housing.

Because the fact is that with supportive housing (where we get people into housing first, before we start to work on supporting people to get clean or sober), people have the stability and supports they need to stay housed and get their lives back on track.

The evidence shows that when people have that stability and support, they’re also much more likely to succeed in treatment for other challenges in their lives.

And when we get people off the streets, into housing, and into mental health and addictions treatment, it’s not only these people whose lives are changed – our entire society benefits from cleaner and safer neighbourhoods.

My neighbourhood in Maple Ridge will be the latest to experience this, as we just opened 53 units of modular, supportive housing on Royal Crescent – providing safe, secure homes for those in our community who desperately need a hand up.

Our government already has 2,000 units of modular, supportive housing built or under development across BC, and we are committed to funding 2,500 more.

We are committed to addressing homelessness, but we cannot do it alone. The places we’re succeeding are the places where all levels of government are coming to the table.

One thing is for certain: supportive housing works. We just need to keep moving forward and build it. 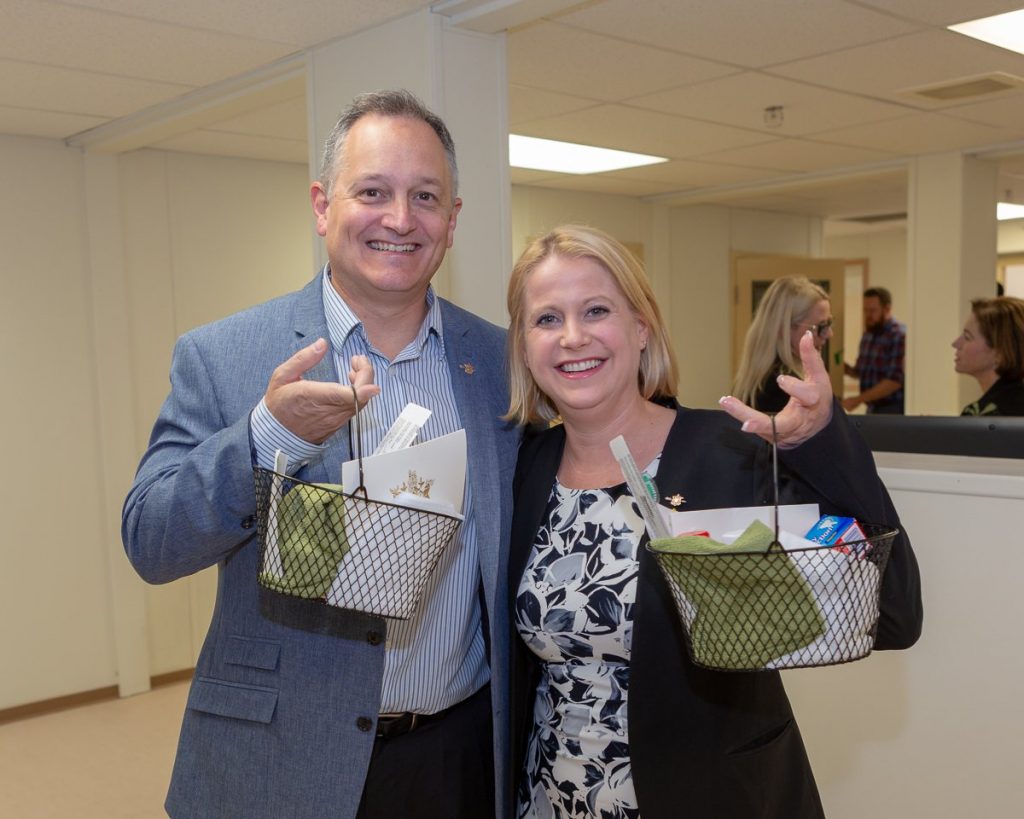